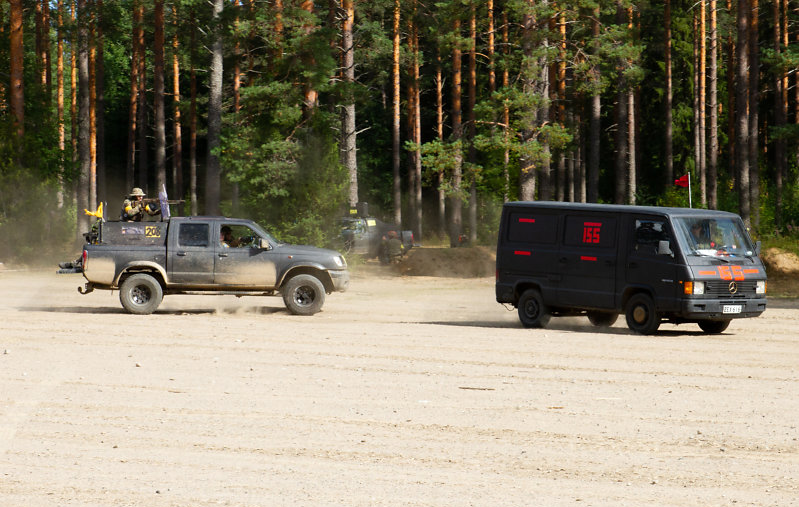 The fighting centered around the control of the RSV. On Sunday, at the warehouse where RSV was being stored, Pirkanmaa finally began to take casualties because of the Uusimaa armored assault. Some of the civilians also converted from the Pirkanmaa side to the Uusimaa side.

This allowed the Uusimaa troops to move to the edge of the airport to wait for the aerial transport. At the same time, a number of civilians had decided that they would leave the area with the same aircraft to escape the polluted areas. Civilians successfully destroyed an anti-air missile, allowing the airport to be again used for air traffic.

In less than two hours, the plane did arrive, but there was a fuel leak. To repair it, the pilot would need a new fuel hose from the civilian village as well as additional aircraft fuel, which would have to be brought from the northern sand pit.

Together with the civilians, Uusimaa succeeded in finding both things. The hose was installed on the plane, but during the repairs two Pirkanmaa armored vehicles attacked the airport. The fuel canister was left only a few meters away from the plane.

As the clock approached 2pm and Pirkanmaa's fighting vehicles patrolled around the plane, two Club Pusu employees and one Uusimaa scout managed to board the plane! At 2:00 pm, the plane was able to take off with the passengers and RSV. Also, even though the plane's fuel hose had been repaired, it was unclear how far the plane could even fly with its low fuel situation. 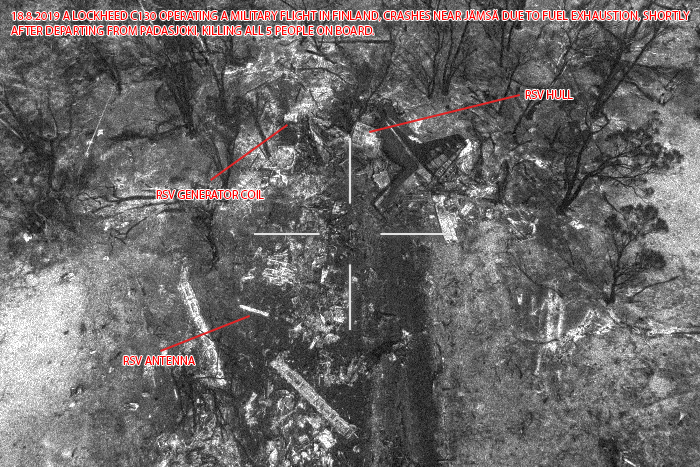 The majority of the civilian population left the area as the fighting broke out. Only a small percentage of armed civilians, criminals and other unwanted citizens remained. As the situation became more serious, a separate UN-based peacekeeping-unit was established. After the UN, there has been a significant reduction in crime among civilians and the situation seems to have calmed down.


Over time the both fighting factions' chains of commands suffered from a shortage of personnel and the discipline of the factions' soldiers decreases. The battles were increasingly focused on smaller areas, sometimes even resembling of the traditional trench warfare.


Over time, however, both Pirkanmaa and Uusimaa were able to form new command chains, but the scarcity of resources was seen in the military outfits and generally in the bases being out-geared.


Pirkanmaa and Uusimaa have agreed on a temporary ceasefire as the United Nations controls border movement. However, in the last two weeks, ceasefire offenses have become more common and rumors suggest that the factions are preparing for new battles. Contaminated areas have polluted the most of the groundwater and filtered water pumps established during the Tstos 19 are still very important for different factions to have control over.